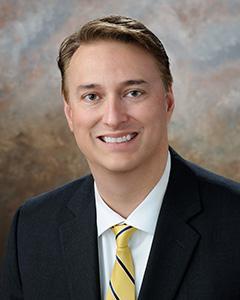 Dr. Taylor began his career in education as a high school biology teacher in the Fort Cherry School District from 1994-1996. Subsequently, he taught high school biology in the Baldwin-Whitehall School District from 1996-2002 before beginning his career in educational administration. After accepting a principal position in the Charleroi Area School in March of 2002, Dr. Taylor was invited to attend the May 8, 2002 public meeting of the Baldwin-Whitehall School District Board of School Directors where he was recognized as a Teacher of Distinction and a recipient of a Teacher Excellence Award.

Dr. Taylor earned his Bachelor of Science degree in Secondary Education-Biology from Edinboro University of Pennsylvania. He received a Master of Science degree in Educational Administration from Duquesne University and a second Master of Science in Multimedia Technology also from Duquesne University. Dr. Taylor was awarded his Superintendent's Letter of Eligibility from California University of Pennsylvania and completed his doctorate at the University of Pittsburgh. Dr. Taylor's dissertation was entitled “Characteristics of Effective Online Professional Development: A Case Study Analysis of an Online Professional Development Course Offered via Blackboard.”